The awful driving habits of some of our drivers were again exposed on my run home about 5:35 p.m. yesterday (March 22).

Traffic was nose-to-tail and moving slowly as I ran south along the Esterley Tibbetts when I was again confronted by a vehicle overtaking the traffic by driving north along the hard shoulder. I held my ground and on this occasion the driver did pull back onto the road. 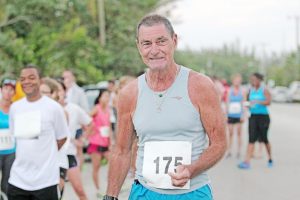 Over the next 10 minutes, I witnessed one driver texting with both hands off of the steering wheel whilst still moving, a toddler being allowed to stand on the center console between the adults in the front of the vehicle, a baby sitting on the knee of the front-seat passenger (airbag option I suppose), and approximately 40 percent of the other drivers using their cellphones to chat or text.

As I passed the airport, a motorcycle (trail bike) with no rear license plate was overtaking the traffic. As there was no spare seat, his passenger was standing on the extensions on the rear axle with his hands on the rider’s shoulders; no helmet, of course.

The sad thing is that these are daily happenings and can only ensure that our road death and injury rates are ridiculously high for a small population.

You can read the original letter from Derek Haines to the Cayman Compass here.